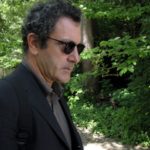 Stefano Velotti (Roma, 1961) is Associate Professor of Philosophy (Aesthetics) at “Sapienza, Università di Roma”, and “SSAS Senior Fellow”. In 2014, he passed the “Abilitazione scientifica nazionale” as Full Professor of Aesthetics.
He earned his laurea in Philosophy at “Sapienza” in 1984, under the direction of Emilio Garroni, and received his “Dottorato di Ricerca in Philosophy” (Ph.D) from the University of Bologna in 1992.
Since 1990, he has taught as Visiting Professor at the University of Stanford and University of California (UCSB and UCLA), and has been “Speroni Chair Professor” at the University of California Los Angeles (UCLA) for two terms. He also served as Assistant Professor at Yale University (1994-97), where he declined his confirmation to accept a post as Researcher in Philosophy at “Sapienza”.
He has been the recipient of diverse fellowships, in Italy and abroad.
Since 2010 he is faculty member of the Ph.D. program in Philosophy at “Sapienza”. He was Fellow of “Ezra Stiles College” at Yale University (from 1995 to 1999). He is member of SIE (Italian Society of Aesthetics) and SIFA (Italian Society of Analytic Philosophy). Since 2008 he is the president of the “Emilio Garroni International Chair” (CiEG). He is member of the scientific committee of Rivista di estetica and Filosofia.it, editor of the philosophy section of SUE (“Sapienza Università Editrice”), and visiting faculty member at the “Istituto freudiano di Roma”.
He has worked for Italian publishing houses, for the Italian Public Radio (Radio 3) and educational TV programs, and contributes regularly to some cultural supplements of national newspapers and periodicals (among others, “Domus”, “ExibArt”, “il Manifesto”, “Lo Straniero”, “L’Unità”, “Micromega”).
Besides the traditional issues of analytic and continental aesthetics (the status of art, the nature of judgment, the relationships between art, society and politics, and between aesthetic and epistemology) he is interested in philosophical and socio-political problems related to contemporary art and culture, and the new media. His research has focused on two main fields: on the one hand, on the roots of modernity (from Machiavelli to Bruno and Vico, on whose work he has written several studies and a book), up to the Enlightenment (particularly Kant and his Critique of Judgement, the main focus of his book Storia filosofica dell’ignoranza, Laterza, Roma-Bari 2003). On the other hand, he is interested in contemporary philosophy and art (La filosofia e le arti, Laterza, Roma-Bari 2012), about which he has published widely. 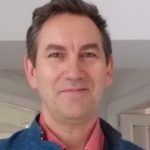 Hansmichael Hohenegger (Rome 1960) graduated in philosophy at the University “La Sapienza” of Rome, continued his research activities in Italy and abroad thanks to PhD scholarships (“La Sapienza”), postdoctoral (Roma Tre) and a research grant again at the ‘University “La Sapienza”, dedicated in particular to the tradition of the “Aufklärung”. His research is focussed on modern philosophy, mostly on the work of Kant, with a special attention to texts, terminology and the making of a modern philosophical lexicon in the Eighteenth century.
In this field of study he translated as undergraduate some short unpublished writings of Kant (known as Sieben kleine Aufsätze 1788-90, in “Il cannocchiale” 1/2, 1986). Other works as translator are the revised edition of the Prolegomena to any metaphysics that may appear as a science (Roma-Bari, Laterza, 1996) and the first translation of an anthology from the Lessons on anthropology of Kant, not even published in German (“MicroMega”, 4 1997). In this field his most important work is the new translation (together with Emilio Garroni) of Kant’s Critique of the faculty of judgment with a broad introduction to the text (Turin, Einaudi, 1999). His main publication is the monograph Kant, filosofo dell’architettonica. Saggio sulla ‘Critica della facoltà di giudizio’, Macerata, Quodlibet, 2004. He presented several papers at meeting or conferences, most of them published in proceedings or in collective books.
From 1994 to 2009 he has taught, as tenured teacher ,“Philosophy and History” in high schools of Rome. He held several university seminars since 1994. From 2004 to 2011 he had a teaching contract on Aesthetics at the Faculty of Architecture of the ”University of Ferrara”.
Since spring 2014 he is co-leader of the Virtual Competency Center form Adocacy, Impact and Outreach (VCC4) of the Eric consortium DARIAH-EU. He is currently Researcher at the Institute for the ILIESI-CNR (European Intellectual Lexicon and History of Ideas of CNR). 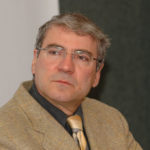